In Putin’s Footsteps is Nina Khrushcheva and Jeffrey Tayler’s unique combination of travelogue, current affairs, and history, showing how Russia’s dimensions have shaped its identity and culture through the decades.

With exclusive insider status as Nikita Khrushchev’s great grand-daughter, and an ex-pat living and reporting on Russia and the Soviet Union since 1993, Nina Khrushcheva and Jeffrey Tayler offer a poignant exploration of the largest country on earth through their recreation of Vladimir Putin’s fabled New Year’s Eve speech planned across all eleven time zones.

After taking over from Yeltsin in 1999, and then being elected president in a landslide, Putin traveled to almost two dozen countries and a quarter of Russia’s eighty-nine regions to connect with ordinary Russians. His travels inspired the idea of a rousing New Year’s Eve address delivered every hour at midnight throughout Russia’s eleven time zones. The idea was beautiful, but quickly abandoned as an impossible feat. He correctly intuited, however, that the success of his presidency would rest on how the country’s outback citizens viewed their place on the world stage.

Today more than ever, Putin is even more determined to present Russia as a formidable nation. We need to understand why Russia has for centuries been an adversary of the West. Its size, nuclear arsenal, arms industry, and scientific community (including cyber-experts), guarantees its influence. 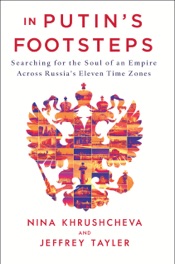