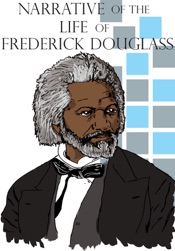 This autobiography is the first book from the brilliant writer, advocate, and abolitionist Frederick Douglass. Relating the story of Douglass’ life from his birth into slavery to his escape and first few years of freedom, this account became instrumental in stirring up anti-slavery sentiments before the Civil War. Douglass is born a slave in eastern Maryland, never knowing his father and separated from his mother as a young child. When his owner’s wife begins to teach him to read, and is subsequently chastised for it, Douglass discovers that the path to freedom is through education. His young life is a constant battle against injustice, peaking with an intense fight against the brutal slave driver Mr. Covey. Yet Douglass manages to free himself from captivity and devote his life to freeing others. It’s a chilling reminder of the horrors of slavery and an inspirational portrait of a great mind triumphing over oppressive forces.