The Man Who Loved to Kill Women--Dayton Leroy Rogers was known in Portland, Oregon as a respected businessman and devoted husband and father. But at night he abducted women, forced them into sadistic bondage games, and thrilled in their pain, terror and mutilation. His murderous spree was stopped only after, in plain view, he slashed to death his final victim...and when a hunter accidentally stumbled onto the burial grounds of seven other women Rogers had killed one-by-one in the depths of the Molalla Forest did police realize they were dealing with a killer whose bloodlust knew no bounds. This is the shocking true story of the horrifying crimes, capture, and conviction of Dayton Leroy Rogers, Oregon's mild-mannered businessman by day--vicious serial killer by night. Includes eight pages of interesting photos. 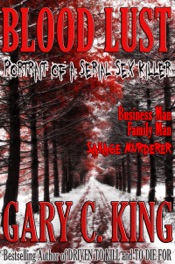