In 1941, Theo Coster was a student at the Amsterdam Jewish Lyceum, one in a class of 28 Jewish children that the Nazis had segregated from the rest of the Dutch population. Among Theo's fellow students was a young Anne Frank, whose diary would later become one of the most important documents of the Holocaust. In this remarkable group portrait, Coster and five of his fellow classmates gather their personal stories and memories of Anne. The accounts collected here do not just help us to rediscover Anne Frank. They also stand on their own as remarkable stories of ingenuity and survival during the Holocaust--from Albert Gomes de Mesquita, who hid in ten different towns across Europe--to Hannah Goslar, who experienced the horrors of Bergen-Belsen but also made a miraculous reconnection with Anne days before her death. 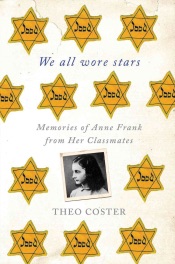