There was a period when maps of the world were published whereon the part occupied by the continent of Australia was a blank space. On other maps, dating from about the same time, land masses were represented which we now know to have been imaginary. Let us look at four examples.
The first is a map drawn by Robert Thorne in the reign of Henry VIII (1527). He said in an apology for his work that ‘it may seem rude,’ and so it was; but it serves the purpose of proving that Thorne and the Spanish geographers from whom he derived his information knew nothing about a continent near Australia. Sixty years later a map published at Paris showed a portion of New Guinea, but still the place occupied by Australia was left as open ocean. A Dutch map published at Amsterdam in 1594 did indeed indicate a large stretch of southern land, and called it Terra Australis, but it bore no resemblance to the real continent either in shape or situation. In 1595 a map by Hondius, a Dutchman living in London, was published to illustrate the voyage of Francis Drake round the globe. It represented New Guinea as an island, approximately in its right position, though the shape of it was defective. To the south of it, and divided from it by a strait, appeared a large mass of land named Terra Australis. The outline is not much like that of the continent of Australia, but it was apparently copied from an earlier Dutch map by Ortelius (1587), upon which were printed words in Latin stating that whether New Guinea was an island or part of an austral continent was uncertain. Many other early maps could be instanced, but these four will suffice to exhibit the defective state of knowledge concerning this region at the end of the sixteenth century.
By that time the belief had grown that there probably was a large area of land in the southern hemisphere. Much earlier, in the Middle Ages, some had seriously questioned whether there could possibly be antipodes. Learned and ingenious men argued about it, for and against, at considerable length; for it was much easier to write large folios in Latin about the form of the earth than to go forth in ships and find out. One famous cosmographer, Cosmas Indicopleustes, scoffed at the very idea of there being countries inhabited by people who walked about with their feet opposite to those of Europeans and their bodies (as he imagined) hanging downwards, like flies on a ceiling. How, he asked, could rain ‘be said to “fall” or “descend,” as in the Psalms and Gospels, in those regions where it could only be said to come up?’ Consequently he declared ideas about antipodes to be nothing better than ‘old wives’ fables.’
Another class of speculators maintained that there necessarily must be antipodes, because the globe had to be equally poised on both sides of its own centre. As there was a large mass of land, consisting of Europe, Asia, northern Africa, and North America, on the one side of the Equator, they argued that there had to be a balance of earth at the opposite extremity. 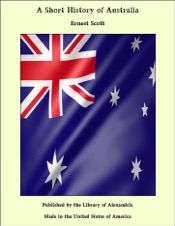