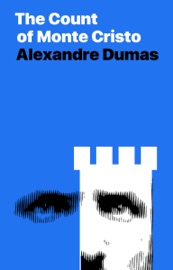 Alexandre Dumas’ classic paints a portrait of Edmond Dantès, a dark and calculating man who is willing to wait years to exact his perfect plan for revenge. After his so-called friends frame him for treason, Dantès is sentenced to life imprisonment in a grim island fortress on what was supposed to be his wedding day. After 14 years, he manages to escape prison, but he is unable to free himself from an all-consuming fury. Instead, Dantès spends a decade carrying out the plan for revenge he conceived while behind bars, bringing nightmarish ruination to those who once betrayed him-and second chances to those who tried to save him.

When it was first published in 1844, The Count of Monte Cristo quickly became the best-selling book in all of Europe. Dumas’ novel was ahead of its time, an exciting tale of adventure, treasure, secret identities, and daring escapes. It also reads like an early psychological thriller, leaving readers uneasy as they cheer Dantès on in his vengeful quest. It’s no wonder this book has inspired dozens of screen adaptations!