Yoga classes and Zen meditation, New-Age retreats and nature mysticism—all are part of an ongoing religious experimentation that has surprisingly deep roots in American history. Tracing out the country’s Transcendentalist and cosmopolitan religious impulses over the last two centuries, Restless Souls explores America’s abiding romance with spirituality as religion’s better half. Now in its second edition, including a new preface, Leigh Eric Schmidt's fascinating book provides a rich account of how this open-road spirituality developed in American culture in the first place as well as a sweeping survey of the liberal religious movements that touted it and ensured its continued vitality. 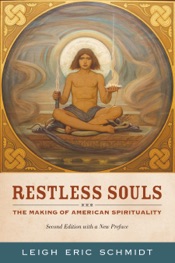